<![CDATA[ <p style="text-align: justify;">A major Newry conference on the issue of internet bullying of children and young people has heard Northern Ireland’s Department of Justice ministry branded as “a disgrace” over its lack of a strategy to tackle the problem.

Sponsored and organised by SDLP Councillor Connaire McGreevy the event was the first in what is planned to be a continuing campaign of information and support for pupils and professionals affected by cyber bullying. 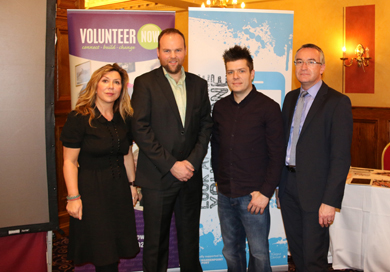 Revealing that as a school pupil he also had been the victim of bullying, Councillor McGreevy described the growing threat of on-line abuse as “an epidemic of cruelty and hatred”.

Cllr McGreevy added: “The increasingly sophisticated range of internet linked equipment made it even more likely that over the course of their educational life pupils would be added to the list of bullying victims. Part of the growing sense of digital citzenship is responsible behaviour on the Internet and undetstanding of how to protect yourself.”

The latest research from the NSPCC had found that 38 per cent of children had been affected by cyber bullying and that the challenge for parents had a critical role to play in helping combat the threat posed by the immoral use of modern technology.

Northern Ireland Justice Minister David Ford was thrown a gauntlet when Cllr MrGreevy said that he should be learning from and responding positively to the experience of other jurisdictions in terms of confronting cyber bullying tactics.

“In Canada legislation is being introduced to make cyber bullying illegal. The Canadian Justice Minister will be able to authorise the seizure of computers and mobile telephones as well as forcing the removal of images and text from the internet.

“Our neighbours in the Republic have enhanced legislation to tackle cyber bullying. A year ago England and Wales also tightened up a number of loopholes surrounding internet abuse.

“But in Northern Ireland there appears to be practically no legislative appetite to face down the posters of hate messages.”

The conference heard calls for the full force of the law has to be used in the battle against the bullies.

Warrenpoint based cyber safety expert Wayne Denner, one of the leading European authorities on raising awareness of internet abuse also addressed the conference.

Mr. Denner stressed the need to bridge the ever growing gap in terms of technology communication between young people and adults.

And he pointed out that there must be a continuing process implemented that would help with understanding both the benefits and risks of online and mobile usage. 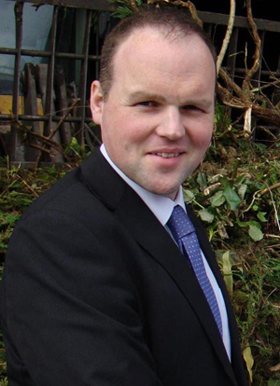 Councillor Connaire McGreevy who sponsored the conference on cyber bullying.[/caption]

“The conference was a vital first step in creating awareness for a wide range of parents, educationalists and community leaders overwhelmed by the rapid pace of emerging technologies,” Mr. Denner said.

“It is amazing that 90% of future employers check job applicants out online first. And 50% of applicants are screened out because of online information. So you must from the beginning post positive content online. It is important to Google search yurself on a regular basis to ensure you are compromises on the Internet. You really have to be careful with your digital footprint.”

Wayne Denner’s Formula For Getting A Kickass Online Reputation

*  Google yourself at least every few weeks

*  keep your personal information off the Internet.

* keep you eye on image syou are tagge din and remove tags if they compromise you.

*  do not over-share on social media.

Keynote speaker Dr Emma Short, a chartered psychologist and Director of the National Centre for Cyber Stalking Research, said:“There was a great welcome in Newry yesterday at an event that brought together an audience of parents, teenagers, and many other people who work with children.

“It is always wonderful to see so many who have a genuine interest in the future of children and teenagers as well as their immediate safety.

“Cllr Connaire McGreevy has created an occasion for the Newry community in which experts in law, social networks and psychology spoke about the opportunities and risks our young people face in cyberspace.

“It was an honour to be invited into this community and be made so comfortable as a guest in the town. I am certain that we will continue to learn from each other.”

Dr Short explained why social media was so important to teenagers:

*  it is unrestricted by time

*  there is a differential identity attraction

*  they are free agents uninhibited often by adult supervision

*  there are slow toxic values.

The impacts of stalking can include:

*  affects your mental and physicl health and can cause Post Traumatic Stress Disorder.

Also at the event was Northern Ireland’s leading media lawyer, Paul McDonnell,  who said: “The progressive vision of Connaire McGreevy in organising the Growing Up in a Digital World conference provided delegates with valuable insight into the growing scourge of cyber-bullying.

“I highlighted some of the legal implications of Cyberbullying and how the law can be utilised both to deter the perpetrators and come to the aid of the victims.

“All of the panelists agreed that our current legislation does not adequately meet the challenges posed by social media and in particular Cyber Bullying.

“This conference has provided an excellent platform from which to campaign for law reform in this area, following the example of Canada and the Welsh Assembly.”

Mr McDonnell cited a number of examples where media outlets had published inaccurate information leading to libel cases. He also indicated that social media platforms such as Facebook and Twitter can be asked by the courts tp provide information about ionternet trolls. He said that is was important to publish facts that are true, and to be very careful in the manner in which you publicly post. Mr McDonnell also touched on the right to privacy and when this could be overturned by the media.

‘There is a growing concern as many young people are taking images and sending these to others and these images sometimes  are distributed publicly,” explained Mr McDonnell.