<![CDATA[ <p style="text-align: justify;" align="center">Newcastle Area Councillors have expressed their anger and concern over a hoax call made to the emergency services last Friday moring early. It resulted in a full scale alert and search for a suspecte dmissing man near Newcastle harbour area. 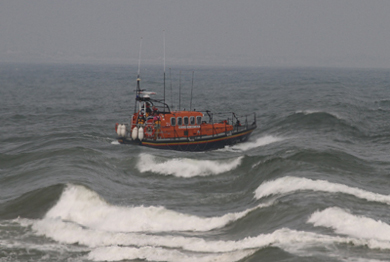 Newcastle area Councillor Carmel O’Boyle (SDLP) has condemned the hoax call made to emergency services on Friday. She said: “I was coming back from Downpatrick early on Friday morning and was shocked to see so much emergency services’ activity in the air and on the ground in Newcastle, and I was concerned that it must mean someone was in trouble in the sea.

“I was utterly dismayed to learn later that it was as a result of a hoax call that so many people’s lives had been put in danger. It was one of the worst seas I had ever seen and I could not believe that anyone would endanger the lives of the brave people who put to sea in response to a hoax call.

“Basically I have nothing but contempt for the person who made the call, and the greatest respect and admiration for all of those courageous members of the emergency services who responded to this call, without a thought for their own safety.”

Sinn Féin Councillor Willie Clarke has condemned those responsible for the hoax call which resulted in a full sea and air rescue in Newcastle on Friday morning, emphasising the call out could have cost the lives of the rescuers  and potentially other people in real emergencies in the South Down area.

He said: “This hoax call came at a time when all emergency services were stretched, dealing with  Coastal flooding incidents which were caused by gale-force winds and torrential rain, that struck our coastline over recent days.

“There is no excuse or rational, for someone to make a false call about persons or vessels in trouble at sea. Speaking to many constituents in recent days the response was one of  anger at this irresponsible action.

“I would like to pay tribute to those who took part in the search, without thought to their own safety went into the heavy seas and searched the coastline in horrendous conditions.”

Councillor Patrick Clarke Appeals For Hoaxer To Be Reported To Police

Alliance Newcastle Councillor Patrick Clarke has strongly condemned the hoax telephone made on Friday morning which resulted in a massive sea search operation by emergency services for a missing person along the Newcastle coastline.

He said: “I wish to strongly condemn the actions of whoever made a hoax telephone call early on Friday morning which resulted in a massive sea search operation along the Newcastle coastline for a missing person. I am pleased despite some of the worst sea conditions experienced in Newcastle due to the extreme weather conditions that no member of the RNLI, South Down Coastguard or emergency services was injured or perhaps worse.

“I seen at first hand throughout the day the dangerous weather conditions with massive waves pounding the Newcastle sea defences most of the day.  The sea on Friday was a probably the worst for a long time  to be sending emergency services out to look for a missing person.  This ended up in deploying huge resources and public money as a result.

“I would like to highly commend all the emergency services many of whom risked their lives on Friday out at sea and hope that the PSNI can fully investigate the hoax telephone which was a very sickening act whoever carried it out.  Finally I would appeal to anyone with information in respect of the hoax telephone call to make contact with the Newcastle Police.”