<![CDATA[DOWN Arts Centre is delighted to be hosting a night with renowned singer songwriter Juliet Turner on Friday 17 May at 8pm. Northern Irish singer/songwriter Juliet Turner has some hints of the old standbys in her folk-inflected music: Nick Drake, Carole King, even a bit of Kirsty MacColl in her vocals. However, Turner’s blend of melodic and lyrical folk, pop, and electronics also sits nicely next to contemporaries like Beth Orton and Emiliana Torrini. [caption id="attachment_38676" align="alignleft" width="301"]<a href="http://www.downnews.co.uk/wp-content/uploads/2013/05/Juliet-Turner.jpg"> 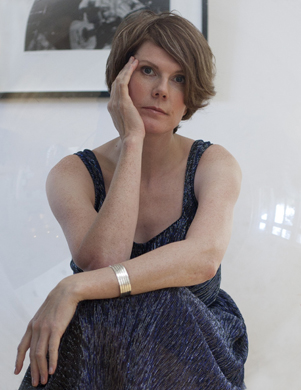 Singer Juliet Turner will be performing in the Down Arts Centre.[/caption] In 1996 whilst studying in Glasgow, Juliet was offered the chance to record a collection of her own songs in a little studio called ‘Heaven’ with small independent label ‘Sticky Music’. The result was the album ‘Let’s Hear it for Pizza’. She proved her ability as a live performer, opening shows for Joan Armatrading in The Royal Albert Hall, Sting in Dublin’s Point Depot,  Bob Dylan,Tracy Chapman, Natalie Merchant, U2, Art Garfunkel and Brian Adams. In February 2005 Juliet picked up an Irish Meteor Music Award for best Irish Female Performer, alongside artists such as Paddy Casey, PJ Harvey and Snow Patrol and later that year, released “Juliet Turner – Live from the Spirit Store” which achieved gold sales status in Ireland. Juliet will be treating the audiences to a sneak preview of songs from her forthcoming album, including the track ‘The House at the Top of the  Hill’ The House at the Top of the Hill was recorded in Fitzroy Presbyterian Church in Belfast city centre, in the slow peace that dropped after the primary school children left off kicking their football against the church windows and went home for their tea. Juliet’s sweet voice and precise, evocative lyrics, Farriers’ Stephen Macartney’s warm backing vocals and guitar, and Gareth Hughes’ mellow double bass have given us a recording that is as live and acoustic as they come. Just the way the fans requested. For tickets – call at the Down Arts Centre or phone 028 44 610747]]>