<![CDATA[ <p style="text-align: justify;">THE Irish film premiere of the award winning movie Philomena was held in the Eclipse Cinema to a full house.

On Wednesday 30 October, movie fans from across Down gathered for a champagne reception in the foyer. 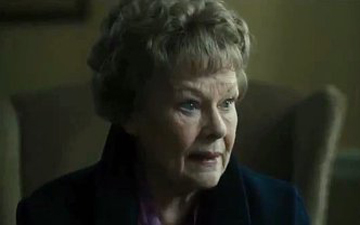 Starring Dame Judi Dench and Steve Coogan, the movie was based on the true story of a Irish mother searching for fifty years for her lost son. Shot on location in Killyleagh, Bryansford and Rostrevor, the premiere played to a packed house.

The Eclipse Cinema had the red carpet out to welcome the moviegoers. The Dufferin Arms, whose interior was featured in the movie, provided champagne and was the venue for the after show party.

Reception organisers Wendy Cromie and Christine Patterson said: “The event was in aid of the Guide Dogs for the Blind NI. We have been delighted by the response and support of everyone to this event. Killyleagh was buzzing last summer when Dame Judi Dench and Steve Coogan were in Killyleagh shooting some of the movie scenes.

“We thought that it would be great to mark this occasion when the movie would be released. We contacted Eclipse Cinema and they were very supportive and have been wonderful in helping us organise this. Local resident Dave Gale, who lives in Killyleagh. is registered blind and along with his guide dog Tim is a regular in the Dufferin Arms.

“So to raise money for this good cause by staging the premiere seemed the obvious choice. The icing on the cake was when we discovered that Dame Judi herself heard about our premiere, and is sending a personal donation. We are absolutely delighted.”

***
VIEW PHOTOS FROM THE PHILOMENA PREMIER AT ECLIPSE CINEMA
]]>