<![CDATA[ <p style="text-align: justify;">THE Down Community Health Committee (DCHC) leading the campaign to restore 24-hour cover to the Downe Accident and Emergency Department in Downpatrick has called on the South Eastern Health and Social Care Trust to re-examine it Minor Injuries Unit proposal for the Downe A&E following the recent cuts to its opening hours. 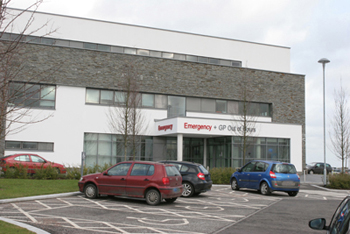 Theh Down Community Health Committee has stepped up its fight for 24-hour A&E cover at the Downe Hospital.[/caption]

The DCHC has expressed its serious concerns about the proposal by the South Eastern Health and Social Care Trust  to open a Minor Injuries Unit to lessen the impact of the reduction in the Downe A&E hours. The Minor Injuries Unit is proposed to be run alongside the GP Out Of Hours service.

Mr Eamonn McGrady, Chairman of the DCHC said: “We welcome the provision of additional resources at the Downe Hospital. However, our concern is that the proposal of a ‘bumps and scrapes’ unit as it might be termed will become permanent and be used as a substitute 24-hour accident and emergency unit needed by the people of Downpatrick, Ballynahinch, Castlewwellan, Newcastle, Dundrum, Clough Strangford, Ardglass, Killough, Clough, Killyleagh, Crossgar, Saintfield and the vast wider surrounding area.

“The Trust should concentrate all of its massive resources n restoring the 24-hour A&E to the Downe Hospital for this largely rural community.

“Minor injuries may be beneficial for example at the Ulster Hospital where perhaps significant pressure on the A&E service could be elevated by operating such a unit. freeing up doctors to work in the Downe Hospital A&E where they are critically needed.

“With 82,436 New and Unplanned Review Attendances at the Ulster Hospital in 2012/13, (41% of which were from residents of the Belfast Trust area, and 46,994 similar attendances at the Downe Hospital and Lagan Valley,  it is clear that the withdrawal of 24-hour A&E cover at the two smaller hospitals is unjustifiable.

“We wonder if the proposed Minor Injuries Unit will be also open at night after the withdrawal of the A&E service or will it be confined to the weekends, and if so, why might that be the case.

“In any event, our concern is that the proposed Minor Injuries Unit woll be a further step on a very slippery slope as our hospital begins to look more and more like the polyclinic rejected this area in Down District fifteen years ago.

“Given the reduction in the service of the Bangor Minor Injuries Unit at the end of November 2013, the sustainability of such a unit in Downpatrick has to be seriously questioned in any event.”