<![CDATA[ <p style="text-align: justify;">The U-10’s lost to near neighbours Longstone last Thursday in the last in the first round of the Mourne League games writes Tony Bannon. 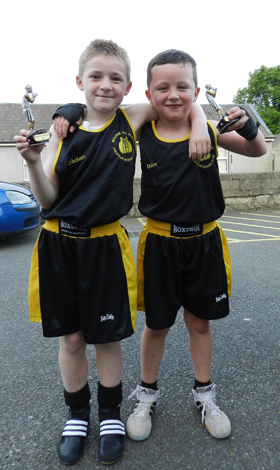 Glasdrumman had plenty of possession in the first game but it was Longstone who was the more clinical when it came to taking scores (so a lot of work to be done on the shooting kids). The second game was its usual entertaining stuff with some excellent football show from both sides.

Hard Luck Katie and the Down U-14 ladies who lost out to Cavan in the U-14 Ulster Final in Cill Isal Tyrone last Saturday. Best wishes to Kerry Grant and Down U-14 B Ladies who play this Saturday.

The Baileghlas Under-12’s had a home game against Atticall on Sunday morning, there was brilliant football played by both teams but it was the home team that clinched the victory by 1 point.

The hard work in training was evident throughout this match and the team spirit that this young team now have will make them tough opposition for any team. Well done everyone!  Training continues on Thursday evenings from 6pm until 7.30pm at the Quarter Road pitch.

Congratulations to Annette Grant who is heading to London on Thursday fro the People’s Choice  Lions Award City and Guilds. We Wish her every success .