<![CDATA[ <p style="text-align: justify;">THERE is mounting concern that news released by the Ministry of Defence just before the Christmas holdays could be the beginning of a slippery slope for Ballykinler army camp. Since the Napoleaonic wars over 200 years ago there has been a military presence at Ballykinler with regiments stationed there. The MOD announced that in June the Second Battalion The Rifles (2 Rifles) were to be re-billeted at  the Lisburn Thiepval Barracks.

However, the MOD has maintained the Ballykinler Camp will not close and will remain open as an army base continuing a role in training army personel. 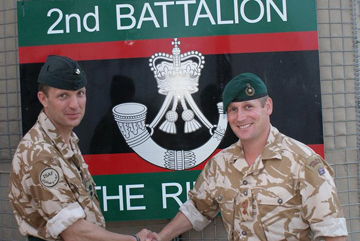 Approximately 30 civilian staff are employed at the camp and it is expected that they will be made redundant and some may possibly be moved to other army centres.

Local politicians are concerned about the wider impacts to the local Down economy. Downpatrick, Newcastle and Ballynahinch are the nearest main sh0pping towns and will be hit by the exodus of the almost 500 soldiers with their  families in June 2014.

Following the death of two Afganistan veterans through suspected suicide and the ongoing dissident republican threat, the welfare of those serving in the camp and their families has been a factor in the MOD’s decision.

It is understood that as yet redundancy numbers have not been decided and that future battalions may also consider their options regarding Ballykinler camp.

The MOD has said Abercorn Barracks at Ballykinler is one of the British Army’s best-equipped camps and boasts an olympic sized swimming pool among other key facilities.

*   it had an internment camp during the Irish War of Independence in 1919.

*   during World War I the 36th Ulster Division which was formd from the UVF trained there.

*   in World Ward II  the camp was used for training military personel.

*   in 2008, the Second Battalion The Rifles of Ballykinler was deployed on peacekeeping duties to Kosovo and in Afghanistan. 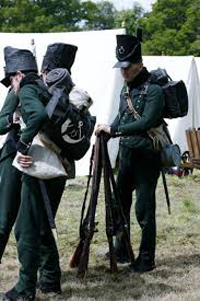 The British army has had a continuous presence at Ballykinler camp for over 200 years since the Napoleanic War.[/caption]

Jim Shannon, DUP MP for Strangford, after being contacted by several constituents and the Chief Executive of Down Council, has written to the Secretary of State for Defence asking for an urgent meeting to discuss the plans for the Ballykinler Army Base.

He said: “There would seem to be some uncertainty as to the future of this base and I highlighted to the Secretary of State that this base is a major contributor to the local economy in this area.  The troops and their families shop and socialise in towns and should they leave, it will cause considerable financial loss.

“In addition local contractors and business supply services and goods to the Camp. When I last visited the Camp I was told that over 300 local people were employed there. I do not have the figures that would allow me to estimate the financial loss to the area but it has to be a significant figure.  With this being the case I asked for an urgent meeting to discuss the plans that the MOD has for the base.

“I know that this is of great concern to the local area and elected representatives and I am aware that Councillor Billy Walker has also been working on this issue. I have raised previously with the MOD that we have an army base which could have an extended and enhanced role within the British Army, and the only plans which will be acceptable are those which will consolidate the base. I will certainly be expressing this at the highest level.”

DUP South Down Assemblyman Jim Wells has contacted the Ministry of Defence in London requesting an urgent meeting to discuss the decision to move the Second Battalion The Rifles from Ballykinler Barracks to Lisburn.

‘I was shocked to receive a letter from the Ministry of Defence dated 18 December which informed me that the resident battalion would be moved from Ballykinler to Thiepval Barracks in Lisburn in the summer of this year’.

‘I am extremely suspicious about the timing of this announcement – just days before Christmas. I can’t help but think that this was ‘a good time to bury bad news’.

I also note that this major decision which will leave Ballykinler without a resident battalion for the first time for a century has been carried out without any consultation with the local community’.

‘This decision will leave Ballykinler as a glorified rifle range which will only be used for training purposes. All the  staff associated with supporting the resident battalion will either be moved to Lisburn or made redundant’.

‘This decision will have a profound impact on the economy of South Down as the army personal and their support staff spent a large amount with local suppliers, shops and services’.

Curran Calls For Clarity From The MOD

Down District Councillor Dermot Curran (SDLP) said: “I am deeply worried about the future of Ballykinler Army Camp. There had been rumours foe a while but what we need now is clarity of what is really happening. Our fear is that there will be a complete withdrawal from the camp eventually and the whole area will be left in a mess.

“The infrastructure at Ballykinler is very substantial and involves roads, sewers and lighting as well as many buildings and an excellent housing ststock used by the staff and regiments. The MOD needs to be talking to Down District Council and the local community Association to aleviate any disruption if changes are to take place.

“At the moment we are just in the dark as to what is happening and this is not good for civilian staff or the local community and businesses.”

Niall Addis, a member of the Ballykinler and Tyrella Community Association, added: “This is bad news for Ballykinlar. It will mean the loss of civilian jobs on the camp for those involved in security, catering and cleaning. We certainly need to be learning the lessons from the RAF Bishopscourt closure. When the MOD pulled out of there at short notice the area was left in chaos. That is our worst fear.

“This will cause a serious problem for the vilage of Ballykinler and in this all goes ahed next June then we ned to have a strategy in place to prevent major disruption. The MOD needs to be woprking with local agencies especially the Council to avert major problems.

“The Ballykinler complex itself is an area of huge potential for the South Down area of it were developed privately. But it is all a very complex equation as farmers gave their land over to the MOD and there will be issues around this to resolve. There will be a huge amount of detail to pick through. If there is to be a transition then that should be as smooth as possible.”

UKIP Call For Retention Of Regiments At Ballykinlar

The UK Independence Party’s (UKIP) Down District representative Alan Lewis has expressed his concern at the withdrawl of 2 Rifles from Ballykinler to Thiepval Barracks.

He said: “I am very concerned that following the departure of 2 Rifles, for the first time in the base’s long and distinguished history, no regiment will be based at Ballykinler. Whilst the Ministry of Defence (MoD) has sought to reassure the community that Ballykinler will remain a training centre, UKIP believes that the base must be retained with a resident battalion. The removal of 2 rifles represents a loss of £10m each year to the local economy in the spend that service families make locally and the salaries connected to civilian staff who work at the base.

“I have written to the Secretary of State highlighting the significance of this issue and have requested that it be re-examined. I have also requested that should the relocation proceed, alternative military uses are examined for the site, which will maximise revenue generation and local employment opportunities.”

UKIP Kilkeel Councillor Henry Reilly who trained at Ballykinler while a member of the Royal Irish has also slammed the loss of a resident battalion at Ballykinlar. He said:   “The decision to relocate 2 Rifles from Ballykinlar is the outworking of the Conservative government’s defence policies. Not only are Tory defence cuts compromising the security of the United Kingdom, they are damaging local communities across the country too.

“The Army has been a friend of the community in South Down, as well as a major contributor to the local economy with service families coming as far as Kilkeel to shop. We have excellent schools in both the Controlled and maintained sectors in the area who catered for the children of service families  and their loss will be a grievous blow for the local schools who served the Army so well for decades.

“I want to see the Army locating a resident battalion in Ballykinler as soon as possible. Army deployments should not be because of political skulduggery and point scoring.”

Killyleagh Pipped At Post By Immaculata In Last Minute

Louis Walsh Is On The Hunt For Boy And Girl Bands

NI Executive Sets Out Its Stall As We Move Into The...

Social Event Brings People Together Out Of Isolation