<![CDATA[ <p style="text-align: justify;">Bernard Moffat, a spokesperson for the Celtic League, has warned that a Russian submarine is thought to be lurking around the sea of the Dumfries area just of Scotland. This will be of concern to the trawlers from Portavogie, KIlkeel and Ardglass that fish in the Clyde Estuary area in the winter months.

He said: “According to well reports, a Russian submarine(s) is lurking in the approaches to the Clyde probably waiting to pick up on a UK SSBN leaving the Faslane submarine base or just probing defences generally.

“Its déjà vu for Celtic League we monitored a lot of this activity in the 1970-90 periods particularly documenting the incidents and damage to trawlers (as evidenced in the video from mid eighties. 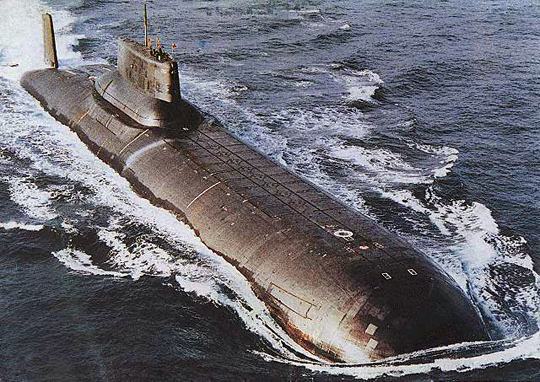 Danger under the waves: a Russian submarine may be tracking NATO subs off the Scottish coast where many Northern Ireland trawlers fish.[/caption]

“Everyone thought this sort of problem had ceased with the end of the Cold War in 1990 but heightened tensions between NATO and the Russian Federation means that Russian submarine activity is back on the agenda with the consequent threat to fishing vessels.

“Embarrassingly for the UK, the Ministry of Defence currently has no maritime reconnaissance aircraft and so two planes had to be hastily brought in from NATO allies, Canada and France.

“It is not clear where the elusive Russian submarine is or indeed, whether having caused mayhem,  it has left the area  by now but our information is that two days ago, the French aircraft (a Bregeut Atlantique 2) was concentrating on an area off the Dumfries coast and in the North Channel. The Canadian aircraft (CP-140) appears to be conducting searches of the area between Northern Ireland and the Western Isles. The various aircraft are operating out of RAF Lossiemouth in Scotland.

“This is similar to the 1966 Alan Arkin comedy film ‘The Russians Are Coming’ except that with Russian submarine(s) plus UK ones looking for it,  if a fishing vessel gets any submarine snagged up in their nets,  it could easily end up in tears and tragedy with the loss of life.”

The Celtic League established in 1961, has branches in the six Celtic Countries and promotes cooperation between the countries and campaigns on a range of political, cultural and environmental matters. It highlights human rights abuse, military activity and socio-economic issues  .

Killyleagh Pipped At Post By Immaculata In Last Minute

Strangford Too Strong For Kilmore Seconds In League Clash

Louis Walsh Is On The Hunt For Boy And Girl Bands