<![CDATA[ <p style="text-align: justify;">Alliance Down District Councillor Patrick Clarke has called on the Minister for Social Development to review the current legislation regarding licensing laws.  He has also asked that provision be made for reminding publicans and landlords that their liquor licenses are due for renewal.

Following the shiock when teh Crown Bar in Belfast clised because of a license anomaly, in Down District the Duferin Arms in KIllyleagh has also hallen through the net followed by the King’s Inn and Bin 34 in Castlewellan. 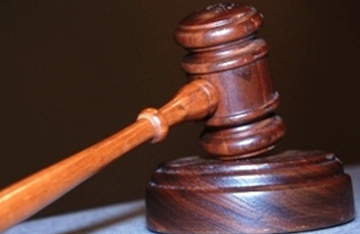 Three licensed premises have closed temporarily in Down District following lapses in owners re-applying for licenses.[/caption]

Councillor Clarke is very concerned that so many pubs have been forced to temporary close within Down District because of the five year renewal of licenses which has caused some publicans to accidently forget to renew their liquor license.

He is calling on the Council to write to the DSD Minister to review the licensing laws and to implement a reminder system before the five year license expires.

Councillor Patrick Clarke said: “Local pubs are under threat and could be forced into closure in some cases as a result of  having to temporarily close their door and stop trading until their liquor license is renewed through the county courts.

“The recent closure of Kings Inn and Bin 34 in Castlewellan in my own electoral area was a major shock to both me and the local town of Castlewellan, as well as the employees and the owners who were forced to close their licensed premises and off sales because their liquor license had lapsed after the five year period.”

“The King family have operated a very well respected and popular bar, hotel, guest bed and breakfast, and off sales and have provided much needed full time and part time employment to many staff over the generations that this business has existed in Castlewellan.”

“These lapses could possibly lead to the loss of jobs. This measure would therefore help prevent any bar or off license closing its doors.

“I have therefore tabled a notice of motion calling on Down District Council to write to the Minister responsible for Licensing Laws,”  added Cllr Patrick Clarke.