<![CDATA[ <p style="text-align: justify;">Down Arts Centre are delighted to announce two very different shows in one weekend. On Saturday 5 April at 3pm and 4pm, Replay Theatre Company will bring their latest adventure for young audiences, A Boy and His Box, to DAC. 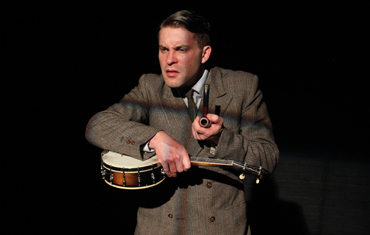 George Formby, played by Ewan Wardrop, takes to the stage in the Down Arts Centre.[/caption]

On Sunday 6 April at 3pm, Salida Productions will make their debut DAC performance with Formby, a unique one-man show about an ordinary man with an extraordinary talent.

Among the first toys into the Hall of Fame in 1998 were Lego and marbles.  Cardboard boxes made it in in 2005, a full four years before the Gameboy. It makes adults feel better, doesn’t it?

Based on the truth that every parent knows, that children will end up playing with the box rather instead of the toy, Replay Theatre Company created A Boy and His Box.

A Boy and His Box tells the story of a boy, a box and his vivid imagination.  Can you think of all the different things a box could become? For our Boy, it transforms into a boat, hot air balloon, and a hidey-hole for a very alluring alien.  Even an amorous princess gets in on the fun! 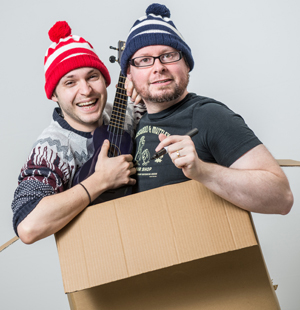 A Boy and His Box is an imaginative play…. one that parents will certainly identify with.[/caption]

Helping with the story telling, the audience might just catch a glimpse of the illustrator/ performer/strange noise maker, Patrick Sanders.  As well as providing the brilliantly ridiculous sound effects during the show, Patrick also draws the action live, creating the backdrop for each story.

Originally created for Replay’s PopUp Theatre on High Street, Belfast to entertain Christmas shoppers in 2012, 1134 people saw A Boy and His Box over the period of four days, and an amazing 100% said they enjoyed it.  Tickets are priced £7 adult / £5 child. Suitable for age 4-8 years and families.

Formby follows George Formby’s rise from awkward stable boy to one of Britain’s biggest stars. In a unique one-man performance, Ewan Wardrop plays the role of Formby, as well as all the key characters involved in this fascinating slice of his life.

Formby is the funny, touching and thoughtful tale of an essentially ordinary man with an extraordinary talent. This sensational production features many of Formby’s classic hits, brilliantly performed live by Wardrop on the Ukulele, including: Blackpool Rock, Leaning On A Lamp-Post, When I’m Cleaning Windows, TT Races, and many more. Audience members have described it as ‘simply champion’! Tickets are priced £12 / £10 concession.

To purchase tickets and for further information on any Down Arts Centre events, please contact the box office on 028 4461 0747.